Americans are ‘upset and uncertain,’ Biden says after Virginia loss

In Virginia’s closely watched election for governor on Tuesday, Republican newcomer Glenn Youngkin defeated https://www.reuters.com/world/us/too-close-to-call-virginia-governors-race-headlines-us-elections-2021-11-02 Democrat Terry McAuliffe in a state Biden won by 10 points in the presidential election a year ago.

The loss raised red flags for Democrats over midterm elections in November 2022 that could see them lose control of Congress, making it tough for Biden to advance his agenda in the second half of his presidency.

Biden told reporters the results were a sign that voters are unsettled.

“People are upset and uncertain about a lot of things, from COVID to school to jobs to a whole range of things and the cost of a gallon of gasoline. And so if I’m able to pass and sign into law my Build Back Better initiative, I’m in a position where you’re going to see a lot of things ameliorated, quickly and swiftly.”

He said it would have helped if the legislation had passed before Election Day but that not necessarily would have changed the outcome.

Inside the White House, officials took the results as a sign they need to get bills through Congress immediately, and that Democrats need a stronger message than “We’re not Donald Trump.”

Biden returned from a Europe trip early on Wednesday to the same struggle he has faced for months: Trying to resolve a bitter dispute between progressive and moderate Democrats over an estimated $1.75 trillion social spending plan and $1 trillion infrastructure bill.

Now, though, the stakes are higher.

“If voters are frustrated with inaction, the obvious response is to be more decisive and pass bills based on an agenda for the middle class that received a record-breaking 81 million votes last year,” said a person familiar with White House thinking. “Doing less is plainly the opposite of what people want.”

Republicans had not won a statewide race in Virginia since 2009. That win foreshadowed congressional election results the following year, in which Democrats lost control of the House of Representatives when Biden was vice president.

Republicans waged a cultural war https://www.reuters.com/world/us/virginia-governors-race-could-show-way-republican-congressional-campaigns-2021-11-01 partly against “critical race theory,” a concept taught in mostly in law schools and universities that maintains racism is ingrained in U.S. law and institutions and that legacies of slavery and segregation have created an uneven playing field for Black Americans.

Asked how Democrats should fight claims the theory is being taught in elementary schools in coming elections, Biden said, “Well I think that we should produce for the American people.”

Democrats, who sought to link Youngkin to former President Donald Trump, are relying on Biden’s spending package to bolster support. The party’s progressive wing and moderate senators from West Virginia and Arizona need to agree for that to happen.

Democratic Senator Tim Kaine of Virginia told CNN that Democrats’ inability to approve the infrastructure bill and give McAuliffe a talking point on the campaign trail contributed to his defeat.

“I think it was on the shoulders of Democrats here who have the majority,” he said. “People had a lot of hope for Joe Biden and the Joe Biden agenda, but Democrats didn’t want to give Biden a win,” he said.

McAuliffe’s loss showed there are limits to the use of Trump in Democratic campaigns, the person close to the White House said.

“It’s incumbent on Democrats to be loud and clear about what we’re for, affirmatively and not just run against Donald Trump,” the source said.

Some Democrats are looking uneasily at Biden’s declining approval numbers, which could hurt midterm candidates and may have affected the Virginia race. Reuters-Ipsos’ latest polling https://graphics.reuters.com/USA-BIDEN/POLL/nmopagnqapa shows 44% of Americans approve of Biden, down from nearly 60% early in his presidency.

“It would be catastrophic for us not to start passing some legislation immediately,” said Democratic strategist Bud Jackson.

“I’m confident that if we can get this stuff passed, the economy starts to turn around and the supply chains improve, there are opportunities for Biden’s poll numbers to improve. But they’re not going to recover until we get this passed,” he said.

A new Reuters-Ipsos poll https://graphics.reuters.com/USA-BIDEN/akpezadwqvr, conducted Friday to Monday, found that 51% said the Democratic-led plan would affect them personally in a positive way, while 26% said it would have a negative impact.

Overall, 56% said they supported the plan as they understood it, while 29% opposed it. Some proposed elements of the plan are even more popular https://graphics.reuters.com/USA-BIDEN/movanjxaapa, including expanding the Medicare healthcare program for seniors and offering universal prekindergarten.

Democrats inched closer to a deal on Tuesday, agreeing to measures they say will lower prescription drug prices, a top wish for many voters. 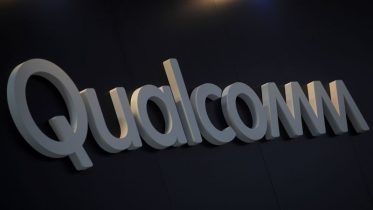 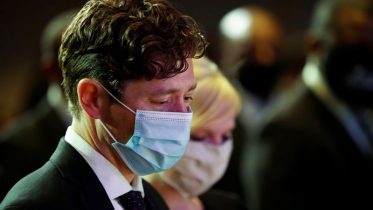