SYDNEY (Reuters) – Asian shares edged cautiously higher on Monday as U.S. stock futures made early gains, though investors were wary of bearish surprises in a batch of Chinese economic data due out later.

Annual growth in retail sales, industrial output and urban investment are all expected to slow further in October partly due to pandemic restrictions and strains in the housing market.

Economists at CBA argued there was a chance the People’s Bank of China would cut bank reserve requirements (RRR) this week to support activity.

“We estimate a 50 basis point cut to the RRR can release CNY 1 billion of liquidity,” they said in a note “In our view, mild easing measures can help meet funding requirements for property developers and offset downside risks to the economy.”

Elsewhere, the U.N. climate conference in Scotland did manage to hammer out a deal on emissions, but only by watering down a commitment to phase out coal.

Japan’s Nikkei gained 0.7% as data showing economic activity shrank by more than expected in the third quarter only reinforced the case for aggressive fiscal stimulus.

Wall Street eased last week to break a string of gains, though the major indices were only a shade off all-time highs. S&P 500 futures firmed 0.2% in early trade on Monday, while Nasdaq futures added 0.3%.

A key release this week will be U.S. retail sales on Tuesday for any impact from the drop in consumer sentiment to a decade low reported for November as people fretted over higher prices, particularly for petrol.

There are also doubts about whether firms have the pricing power to maintain margins in the face of rising costs.

Analysts at BofA noted 75% of U.S. companies had beaten earnings estimates in the latest reporting season but forecasts for the fourth quarter were only flat, breaking more than a year of rising expectations.

The grim survey helped Treasuries steady a little, but yields were still up a hefty 11 basis points for the week as the market priced in a greater risk of an early tightening by the Federal Reserve.

BofA economist Ethan Harris suspects the market still has not priced in enough given the high starting level of inflation means rates need to rise more to reach neutral.

“If inflation stays high and comes in above the planned overshoot, the Fed will need to become much more hawkish and either accept a market correction or deliberately induce such a correction,” warns Harris.

Higher U.S. yields have combined with general risk aversion to benefit the dollar, which boasted its best week in almost three months. Against a basket of currencies, the dollar was firm at 95.120 and just off its highest since July 2020.

“Covid infection curves moving in the wrong direction are part of the reason, while renewed restrictions are being imposed in Austria and the Netherlands,” said Ray Attrill, head of FX strategy at NAB.

“The implications or both growth and ECB policy are not being lost on currency markets.”

Inflation concerns kept gold in demand at $1,865 an ounce, after notching its biggest weekly gain since May.[GOL/]

Oil prices had a tougher week, hit by a strengthening dollar and speculation that President Joe Biden’s administration might release oil from the U.S. Strategic Petroleum Reserve.[O/R] 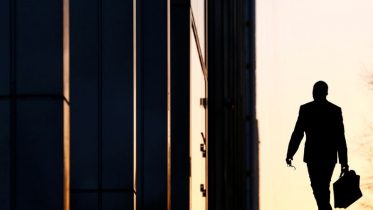 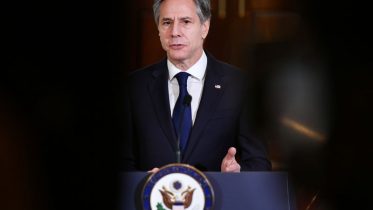