TOKYO (Reuters) – Asian share prices advanced on Friday as a shock from a surprisingly strong U.S. inflation reading ebbed, with investors now hopeful that the worst price hikes could be soon over.

The world’s stock prices posted their biggest fall in over a month on Wednesday following a surprisingly strong reading on U.S. inflation.

“Inflation is obviously a risk to watch. But stock prices will face a major crash only if the Federal Reserve turns out to be completely wrong in its assessment and is forced to raise interest rates rapidly. That’s not where we are now,” said Norihiro Fujito, chief investment strategist at Mitsubishi UFJ Morgan Stanley Securities.

While the inflation data suggested that the current wave of price spikes due to chronic worldwide supply constraints could have more staying power than many had hoped, many investors still think inflationary pressure will eventually ease, rather than strengthen.

“If we get over the year-end holiday shopping season, when demand should be peaking, perhaps inflation could subside,” said Hirokazu Kabeya, chief global strategist at Daiwa Securities.

“U.S. holiday sales are expected to rise 8.5% to 10% this year, with some consumers said to be starting to buy earlier than usual because of worries about supply glitches. If that’s the case, we could see a pretty strong retail sales number next week, which would be positive for stocks,” he added.

U.S. retail sales for October are due next Tuesday.

Bond yields ticked up, with the 10-year U.S. Treasuries yield rising 1.9 basis points to 1.572% on Friday after a market holiday on Thursday.

An index of the dollar against six other currencies rose to a 16-month high of 95.264 as the euro slipped to $1.1449, near its lowest since July last year.

The yen softened to 114.26 per dollar, near its four-year low hit last month while commodity currencies such as the Australian dollar and the Canadian dollar were on a back foot.

The Australian dollar hit a five-week low of $0.7286 while the Canadian dollar slipped to C$1.2588 per dollar, a low last seen in early October.

“It is interesting if a growing number of investors are selling commodity currencies on expectations that the Fed’s tightening will drive down commodity prices,” said Makoto Noji, chief FX strategist at SMBC Nikko Securities.

Oil prices dipped slightly as the market grappled with a stronger U.S. dollar along with concern over increasing U.S. inflation, and after OPEC cut its 2021 oil demand forecast due to high prices. 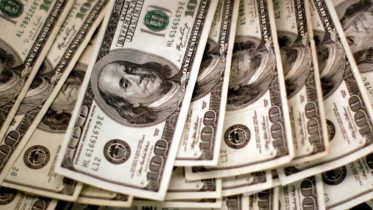