Democrats are girding themselves https://www.reuters.com/world/us/first-months-2022-crucial-biden-agenda-november-midterms-loom-2022-01-10 for tough 2022 congressional elections that could strip them of their majority and the chance to change federal voting laws.

Many civil rights activists say Biden should have done more during his first year in office to push for reforms, and some, including Georgia’s Stacey Abrams, won’t attend https://www.reuters.com/world/us/some-black-hispanic-voting-rights-groups-boycott-bidens-atlanta-speech-2022-01-10 his speech.

Biden told reporters at the White House on Tuesday that he spoke to Abrams and despite a schedule mix-up, they are “on the same page.”

The speech will be Biden’s second in as many weeks warning about the health of democracy in the United States. On Jan. 6, he targeted https://www.reuters.com/world/us/biden-call-trump-threat-democracy-us-capitol-attack-anniversary-2022-01-06 former President Donald Trump’s “web of lies” about the 2020 election, blaming his Republican predecessor for the deadly attacks on the U.S. Capitol a year before.

Trump continues to say that the 2020 election was stolen by Biden’s Democrats through voter fraud, despite recounts and investigations that found no evidence to back the claim. Since then, Republican lawmakers in 19 states have passed dozens of laws https://www.reuters.com/world/us/republicans-erect-voting-barriers-politically-crucial-us-states-2021-06-16 making it harder to vote. Critics say these measures disproportionately affect minorities.

Biden wants to build public support for proposed reforms to strengthen voting rights, particularly the Freedom to Vote Act and the John Lewis Voting Rights Advancement Act. Both have so far withered under opposition from Republicans, who argue they would impose questionable national standards on local elections.

“This is one of those defining moments. It really is,” Biden told reporters as he left Washington. “The risk is making sure people understand just how important this is.”

In Atlanta, he planned to ask Americans, and particularly U.S. lawmakers, whether they will “choose democracy over autocracy, light over shadow, justice over injustice?,” according to prepared remarks provided by the White House.

“I will defend your right to vote and our democracy against all enemies foreign and domestic,” he planned to say.

Senate Republican Minority Leader Mitch McConnell on Monday said Democrats were promoting the idea that a “sinister anti-voting plot” was sweeping America. “It does not exist,” he said.

Some voting-rights advocacy groups frustrated with a lack of progress are boycotting the president’s visit. April England-Albright, legal director for Black Voters Matter in Atlanta, said the groups told Biden, “We don’t need a photo op.”

Georgia was a battleground state in the 2020 election, and Democrats won two crucial U.S. Senate seats https://www.reuters.com/article/us-usa-election-georgia/georgia-delivers-senate-to-democrats-with-warnock-ossoff-wins-idUSKBN29B173 in runoff contests in January 2021 that gave them effective control of the chamber. Later in the year, the Republican-led state legislature approved sweeping voting restrictions https://www.reuters.com/world/us/big-changes-under-georgias-new-election-law-2021-06-14. The U.S. Justice Department sued, saying the law infringes the rights https://www.reuters.com/legal/government/us-sue-georgia-over-restrictive-new-state-voting-law-source-2021-06-25 of Black voters.

King, who agitated for voting reforms and civil rights in the then-segregated South, was assassinated in 1968 and is remembered with a national U.S. holiday that will fall on Jan. 17 this year. Democrats have set the holiday as a deadline for action on voting rights.

Biden, U.S. Senate Majority Leader Chuck Schumer and other top Democrats have for months been honing a strategy to pass bills that would expand early voting and strengthen federal oversight in states with a history of racial discrimination at the polls, according to people familiar with the matter.

The president will support changing filibuster https://www.reuters.com/article/us-usa-congress-biden-filibuster-idUSKBN2JK1L8 rules https://www.reuters.com/world/us/what-is-us-senate-filibuster-why-is-everyone-talking-about-it-2021-10-06 that currently require 60 senators to support most legislation, the White House has said, but those changes do not have the support of all Democratic lawmakers or any Republicans.

Amid the one-year anniversary of the Jan. 6 attack on the Capitol, McConnell this month signaled interest in changing the Electoral Count Act, an 1887 law that allows members of Congress to dispute presidential election results. But Democrats have said such reforms do not ensure voting rights. 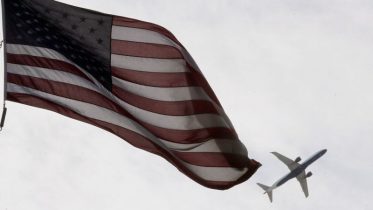 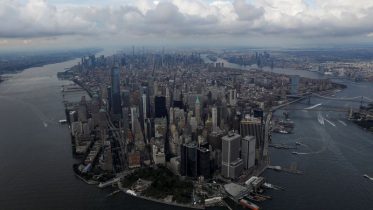