(Reuters) – A Los Angeles court on Friday will discuss whether to end the legal arrangement, called a conservatorship, that has controlled the personal and business affairs of Britney Spears since 2008.

Following is a timeline of key events in the life of Spears, now 39.

2001 – Spears performs as a guest at the Super Bowl halftime show and releases third album.

2002 – Spears stars in her first movie, “Crossroads.” Her relationship with Timberlake ends.

2005 – Son Sean Preston is born. Spears wins her first and only Grammy award for “Toxic.”

2007 – Spears enters and drops out of rehab twice in a matter of days, shaves her head at a salon in Los Angeles and goes back into rehab. Pursued by paparazzi, her behavior grows increasingly erratic and Spears loses custody of her two sons. She releases fifth studio album and performs “Gimme More” at the MTV Video Music Awards but appears dazed.

2008 – Spears is twice hospitalized under psychiatric hold and is placed under a court-ordered conservatorship in which her father Jamie Spears and an attorney take control of her personal and business affairs. The nature of her mental illness is not disclosed. In December, her comeback album “Circus” is released and in 2009 she embarks on a world tour to promote it.

2011 – Spears releases her seventh studio album and embarks on another tour.

2013 – Spears begins a two-year residency in Las Vegas and releases her eighth studio album. The residency is extended for another two years.

20l6-2018 – Spears releases ninth studio album, goes on the “Piece of Me” world tour, and announces another Las Vegas residency for 2019. She performs for the last time in public in October 2018 at the Formula One Grand Prix in Austin, Texas.

2019 – Spears announces an “indefinite work hiatus” and cancels her planned Las Vegas residency, citing concern over the health of her father. She enters a mental health facility saying she is taking “a little me time.” The #FreeBritney movement is started by fans who believe Spears is being held against her will under the conservatorship.

August 2020 – An attorney for Spears asks for the singer’s father to be replaced https://www.reuters.com/article/uk-people-britney-spears/britney-spears-conservatorship-to-continue-unchanged-until-2021-idUKKCN25F235 as her conservator. Jamie Spears calls the #FreeBritney movement “a joke.”

February 2021 – The documentary “Framing Britney Spears” is aired, bringing wider attention to the conservatorship. Spears says she was “embarrassed by the light they put me in” and cried for two weeks. An attorney for Jamie Spears notes that the singer has never asked for the conservatorship to be terminated.

June 17 – Spears says she “has no idea” whether she will ever take the stage again and is “having fun right now.”

June 23 – In emotional public address to court, Spears calls conservatorship abusive and humiliating and says she wants her life back. She says she was forced into a mental health facility in 2019, given powerful drugs, and wants a contraceptive device removed.

July 5 – Spears’ manager of 25 years resigns, saying the singer has indicated she wants to retire.

July 14 – Spears gets right to choose her own attorney for the first time, and tearfully begs court to oust her father and charge him with conservatorship abuse.

Aug 12 – Jamie Spears says he is willing to step aside as conservator of the singer’s $60 million estate but gives no timeline.

Sept 24 – Documentary “Controlling Britney Spears” says Jamie Spears monitored the singer’s phone and text messages and that a listening device was place in her bedroom.

Oct 4 – Britney Spears thanks the #FreeBritney movement for their support.

Nov 2 – Lawyer for Britney Spears files court documents seeking to question Jamie Spears under oath about how the pop singer’s money was spent during the conservatorship.

Nov 12 – Court in Los Angeles to hold hearing to discuss whether to terminate the conservatorship.

Analysis-U.S. oil refiners bet the farm Biden will back them on biofuels 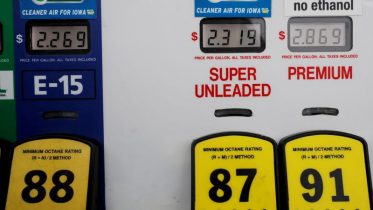 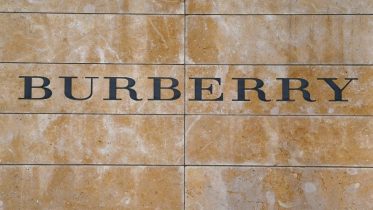