WASHINGTON (Reuters) – A request by moderate Democrats in the U.S. House of Representatives to see a nonpartisan estimate of the cost of President Joe Biden’s $1.75 trillion social policy and climate-change bill held up a potential vote on the bill on Friday.

The Democratic leadership of Congress wanted to close out a week in which the party suffered embarrassing losses in state elections with a vote on that sweeping legislation and another, approved in a bipartisan Senate vote in August, to invest $1 trillion in rebuilding the nation’s infrastructure.

Weeks of bickering between moderate and progressive Democrats have held up the bills.

House floor proceedings ground to a halt on Friday morning, as moderate House Democrats, who have demanded a bill analysis from the Congressional Budget Office (CBO), met with House Speaker Nancy Pelosi behind closed doors.

Asked when the votes would occur, House Majority Leader Steny Hoyer told reporters, “We’re working on it.” He added that a CBO report on the $1.75 trillion bill would not be done by Friday.

Moderate Democratic Representative Kurt Schrader acknowledged that some involved in the discussion had “a different view of how to get it done.”

The two pieces of legislation include the biggest upgrade of America’s roads, bridges and airports in a generation and the largest expansion of social programs since the 1960s.

An affirmative vote would bolster the credibility of Biden’s pledge to halve U.S. greenhouse gas emissions from 2005 levels by 2030 during the U.N. climate conference https://www.reuters.com/business/cop taking place in Glasgow, Scotland.

Biden, who left for Europe last week for the climate conference and a meeting of G20 leaders without a deal on the legislation, spent part of Thursday night calling various House members and urging them to approve the $1.75 trillion reconciliation bill, a White House official said.

The party is eager to show it can move forward on the president’s agenda and fend off Republicans in the 2022 midterm elections, when control of the House and Senate will be on the line.

But distrust between the party’s factions remained high. Moderate Representative Jared Golden told reporters his group was waiting to see the CBO report on the bill before voting.

With razor-thin majorities in Congress and a united Republican opposition, Democrats need unity to pass legislation.

The infrastructure bill, which passed the Senate in August with 19 Republican votes, would fund a massive upgrade of America’s roads, bridges, airports, seaports and rail systems, while also expanding broadband internet service.

Debate over that legislation quickly put on display a stark partisan contrast between Democrats and Republicans, who call the social-policy and climate-change agenda a “socialist” tax and spending bill.

“This is potentially a very black day for America,” said Republican Representative Glenn Grothman, who characterized the legislation’s child-care and preschool provisions as a “Marxist” effort to have the federal government raise children.

His comments were soon rebutted by Democratic Representative Sheila Jackson Lee, who said the bill would create a brighter future by supporting American families.

“Today is going to be a bright day in America, as Democrats govern and lead and make a difference,” Jackson Lee said.

The nonpartisan U.S. Joint Committee on Taxation issued a report scoring the “Build Back Better” legislation’s tax revenue provisions at $1.48 trillion over the next decade.

But top Democrats argued that the bill was fully paid for.

House Speaker Pelosi and Ways and Means Committee Chairman Richard Neal said the joint committee’s analysis did not account for additional revenue from provisions intended to enhance the Internal Revenue Service’s tax collection and to lower the cost of prescription drugs for the Medicare healthcare program for the elderly. 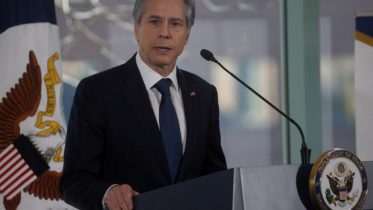 Bank of England should be cautious about raising rates -Tenreyro 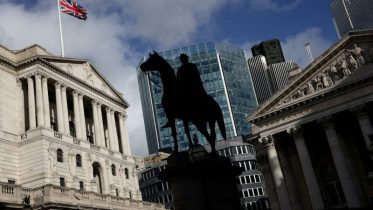