SYDNEY (Reuters) – The dollar headed for its largest weekly fall in eight months on Friday as investors trimmed long positions and deemed, for now, that several U.S. rate hikes this year are fully priced in.

In a week where data showed U.S. inflation at its hottest since the early 1980s, selling has forced the greenback through key support against the euro in particular and traders seem content to lighten their bets until a clearer trend emerges.

The dollar index is down about 0.9% for the week, on course for its largest weekly percentage fall since last May and set to halt a rally that has lasted about six months. The index last held at 94.849 in quiet Asia trade.

The moves have come while U.S. interest rate futures have all but locked in four hikes this year. But longer-end yields have fallen slightly on hawkish comments from Federal Reserve officials about reducing the bank’s balance sheet. [US/]

“Investors appear to be signalling that ending quantitative easing, hiking rates four times and commencing quantitative tightening all in the space of nine months is so aggressive that it will limit the scope for hikes further out,” said Derek Halpenny, head of global markets research at MUFG.

“It has in fact reinforced the belief that peak Fed funds will be below 2%,” Halpenny said in a note to clients.

“What can change this? We will need to see data on the economy that convinces the market of stronger growth. That could see thinking on the terminal fed funds rate shift higher. That would be the catalyst for renewed dollar strength.”

The Antipodean currencies have also been roused from their ranges and will have traders looking closely at labour and inflation data in both countries this month for anything that might prompt further shifts in central bank rhetoric. [AUD/]

The New Zealand dollar is up 1.3% for the week so far and is above its 50-day moving average at $0.6861. The Aussie briefly broke above stubborn resistance around $0.7276 this week, but retreated to that level on Friday.

“Further evidence of strength in the labour market will trigger expectations … for a potential positive shift in Reserve Bank of Australia rhetoric which will underpin the outlook for the AUD,” said Rabobank FX strategist Jane Foley.

Sterling has been forging ahead, too, defying a political crisis threatening Prime Minister Boris Johnson’s position on confidence that Britain’s economy can withstand a wave of COVID-19 infections and that rate hikes could begin next month.

The pound traded above its 200-day moving average on Thursday and is heading for a fourth consecutive weekly gain of more than 0.5%. It last bought $1.3707. [GBP/]

In Asia on Friday the Bank of Korea raised its benchmark interest rate by 25 basis points to 1.25%, as expected, and the South Korean won looked to hang on to a weekly rise of about 0.8%.

China’s yuan, on the other hand, has had its gains on the dollar capped by growing expectations of policy easing to soften the landing of a slowing economy. Trade data is due around 0200 GMT. [CNY/]

Other notable moves in overnight trade included the Canadian dollar’s retreat from a two-month high as oil prices eased and a rise in the safe-haven Swiss franc to a ten-week peak of 0.9093 per dollar. [MKTS/GLOB] 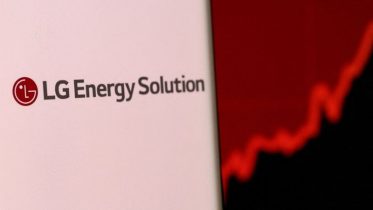 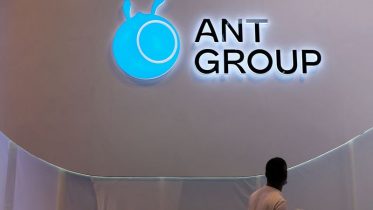