WASHINGTON (Reuters) – High inflation and a strong recovery will require the Federal Reserve to raise interest rates at least three times this year, beginning as soon as March, and warrant a rapid rundown of Fed asset holdings to draw excess cash out of the financial system, Atlanta Fed President Raphael Bostic said.

“There is a risk inflation is likely to be elevated for an extended period of time and we need to respond directly, clearly and aggressively,” Bostic told Reuters in an interview on Monday. “If things continue the way they are March would be a reasonable possibility,” for the first of what would be a series of interest rate increases to offset inflation running far above the Fed’s 2% target.

He added he does not feel the explosion in new coronavirus infections will derail the recovery, but to the contrary feels it more likely inflation will intensify further and require a fourth quarter-point rate increase in 2022 than that it slows and allows the Fed to relax.

His remarks reflected the Fed’s turn towards inflation fighting, a shift cemented at a December meeting where officials accelerated plans to raise interest rates and begin to pull back on their holdings of U.S. Treasury bonds and mortgage-backed securities accumulated during the pandemic.

Bostic, in detailed remarks about the management of the Fed’s balance sheet, said the central bank should be aggressive there as well – allowing its holdings to decline by at lease $100 billion a month, and with plans to quickly pull at least $1.5 trillion out of financial markets that he considers pure “excess liquidity.”

From 2017 to 2019, when the Fed was shrinking its balance sheet years after the end of the 2007 to 2009 recession, it phased the pace of decline in slowly, capped it at $50 billion per month, and ultimately decreased its balance by only $600 billion before financial markets signaled the system did not have enough cash reserves at hand.

The process promises to be much different this time, and Bostic for example said he felt there was no need to phase in any balance sheet “runoff” because markets know what to expect.

“It should go faster for sure,” Bostic said, and at a quick enough pace to complete the process in “a couple of years.”

The debate over how to treat the Fed’s asset holdings got underway in full at the Fed’s December meeting with staff presentations on the issue and initial discussion among policymakers.

The Fed has bought more than $4 trillion of Treasury bonds and mortgage-backed securities since the onset of the pandemic in early 2020, more than doubling the overall size of its balance sheet from $4.1 trillion to more than $8.7 trillion.

Initially a way to keep financial markets stable, the holdings are now thought to be holding down long-term interest rates that the Fed may want to move higher to curb demand – and prices – for a variety of goods.

Bostic, who does not have a vote on monetary policy this year, was among the first Fed officials to expect that the pace of the recovery would be stronger than anticipated, and a year ago, with the economy slowing, was one of the few expecting higher interest rates in 2022.

His concern now is that some of the things driving inflation may be here to stay.

In particular Bostic said he takes seriously comments he gets from local business leaders that they are planning for more resilient supply chains that will almost by definition be more expensive to maintain, and that they feel they currently have pricing power in the market and plan to use it.

“So the question really is how forcefully or fulsomely do we have to respond to make sure that it stays in a boundary,” Bostic said. “I think we need to be acting pretty forcefully.” 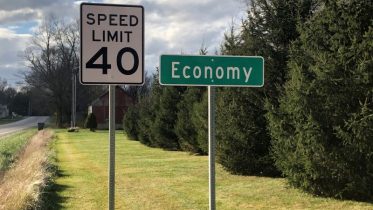 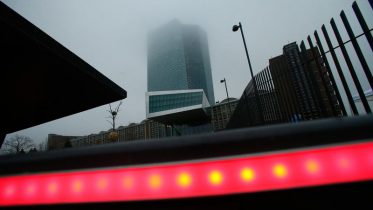