By Tina Bellon and Nivedita Balu

(Reuters) – Uber and Lyft are emerging from the pandemic as leaner, lower-cost companies with a long-elusive operating profit and the unexpected power to raise prices without alienating riders.

Ride-hail fares have surged to unprecedented levels this year due to a driver shortage. Much to the companies’ delight, riders so far appear undeterred, flocking back to the platforms in ever-greater numbers.

“I think there is generally more pricing power than anyone ever realized existed in the industry,” Lyft Inc Chief Financial Officer Brian Roberts said on Tuesday.

“Even with prices being up…, we’re seeing that as cities reopen, people start using the product, and they use it a lot,” Khosrowshahi said.

The shift marks a significant turning point for the former start-ups, which for years sacrificed profitability to add customers, undercutting each other with consumer discounts and driver bonuses.

According to an analysis by YipitData, which tracks email receipts, average per-mile U.S. ride-hail charges in the third quarter were nearly 25% higher than in the comparable period in 2019.

For airport trips, which rank among Uber’s and Lyft’s most profitable routes, price increases were even steeper. The average fare for a trip to and from Chicago’s O’Hare airport jumped nearly 50% in the third quarter compared to 2019, according to a Reuters analysis of city data.

Higher prices benefit the companies, which take a percentage cut from each ride. They also have resulted in record earnings for drivers, who also benefited from massive driver incentives paid by Uber and Lyft to lure them back, the companies said. Uber drivers and food couriers in the third quarter earned $8.6 billion, 60% more than the year prior, with driver pay growth outpacing that of gross bookings, Uber said Thursday.

While total driver supply remains below pre-pandemic levels, the companies said they were confident more drivers would return without additional incentives. They said they would taper off additional driver bonuses in the coming months.

“We will likely see elevated prices for some time, particularly given the inflationary environment we are experiencing now,” said Michael Erstad, an analyst at research firm M Science.

Uber’s delivery business, which emerged as a backbone during the pandemic, also has avoided a post-pandemic let down.

Both companies made drastic cuts during the pandemic to reduce their overall cost base. Those efficiencies, particularly in variable costs, will show as demand scales back up, the companies said.

But as inflationary concerns rise and ridership levels remain some 35% below pre-pandemic levels, Uber and Lyft need to strike a balance between price increases and consumer loyalty.

“There will always be a ride at today’s price point, which might be a faster pickup,” Lyft President John Zimmer said in a Reuters interview. “But it’s really about finding the right ride for the right customer at the right time,” he said, adding that consumers wanting a cheaper ride might have to wait longer.

(Reporting by Tina Bellon in Austin, Texas and Nivedita Balu in Bengaluru; Editing by Peter Henderson and David Gregorio)

Cadillac thins out U.S. dealers to get fit for the Tesla challenge 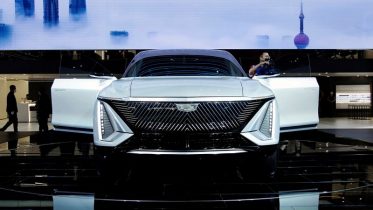 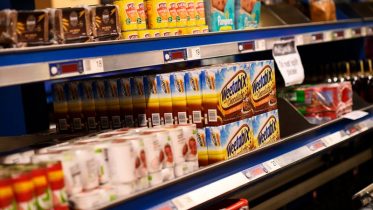