By Tom Westbrook and Anushka Trivedi

SINGAPORE (Reuters) -Last time the Federal Reserve moved toward reducing bond buying, it triggered a rush of funds out of emerging markets. This time is different, investors say, as they lay bets on sparkling returns extending in some of Asia’s biggest developing economies.

Indonesia, in particular, has stood out with equity inflows, a steady currency and even its notoriously volatile bond market calm through months of taper talk leading up to Wednesday’s announcement https://www.reuters.com/business/with-bond-buying-taper-bag-fed-turns-wary-eye-inflation-2021-11-03 the Fed would begin paring purchases.

It is a far cry from the “tantrum” that walloped bonds and emerging markets’ currencies in 2013 – sending the rupiah down about 17% in five months – after then Fed Chair Ben Bernanke surprised markets https://www.reuters.com/article/us-usa-fed-2013-timeline-idUSKCN1P52A8 by mentioning tapering to Congress.

This time the move was far better telegraphed, and few were surprised on Wednesday. But fundamentals in Asia, where inflation is less pressing and exporters stand to benefit from high energy prices, are also markedly changed, and investors are increasingly willing to bet that 2013 will not be repeated.

“We’ve been through 2013 and 2018, and I don’t think it’s the same thing in this rate hiking cycle,” said Howe Chung Wan, head of Asia fixed income at Principal Global Investors in Singapore, who has a selective exposure to emerging markets.

“Sitting out here in Asia, there are other things that are more top of mind for us than the Fed,” he said, such as China’s economy and credit markets and volatile commodity prices, as well as the equities flows supporting Indonesia’s currency.

Enthusiasm for upcoming listings have pulled cash into Indonesia’s stock markets, and the benchmark Jakarta bourse is heading for its best year since 2017, with indexes in Thailand, Vietnam and India eying similar milestones.

Sky-rocketing coal and palm oil prices – Indonesia is the world’s largest exporter of both – have also swung Indonesia’s trade surplus to record levels and promise a tax windfall that has soothed sovereign bond investors.

“We are also seeing a growing middle class and rising household incomes – Indonesia is probably one of our favourite exposures in the region.”

Market mechanics are also a favourable tailwind in a region where small investors’ money keeps pouring into equities.

Retail account numbers have surged by roughly a third since the end of 2019 in Vietnam to top three million, according to UBS analysts, helping drive the benchmark index up 50% this year, twice as much as the S&P 500.

In Indonesia, data from the Indonesia Central Securities Depository shows the number of investors in stocks is up more than 70% over the year to Oct. 19 at 6.7 million.

Global investors are also circling with investors spooked by regulatory crack-downs in China looking for ways to put their money to work in other emerging markets.

To be sure, destinations such as Indonesia remain risky and vulnerable to capital flight if low-risk U.S. interest rates rise sharply. Dwindling foreign ownership of sovereign bonds highlights particular caution on the growth outlook, especially as the government is legally bound to reduce its deficit.

“I am worried about the growth prospects because even before the country could recover from the pandemic…Indonesia is entering into a period of strong fiscal consolidation,” said Societe Generale economist Kunal Kundu.

Nevertheless, the prospect of a tantrum-free taper is still drawing bets on currencies and stocks especially as Chinese markets are weighed down by cautious sentiment.

“Asia’s former fragile five members are also far less fragile,” they added, referring to Indonesia and India, which along with Brazil, South Africa and Turkey were seen in 2013 as especially vulnerable to fickle foreign money flows.

“Our favoured Asian FX trade into year-end is to stay long INR and IDR, against shorts in CNH.”

(Reporting by Tom Westbrook in Singapore and Anushka Trivedi in Bengaluru. Additional reporting by Gayatri Suroyo in Jakarta; Editing by Raju Gopalakrishnan)

Motor racing-Ferrari overtake McLaren in the battle for third 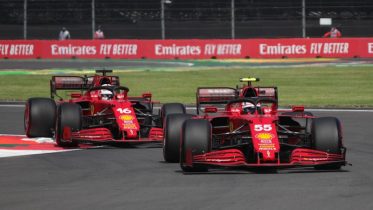 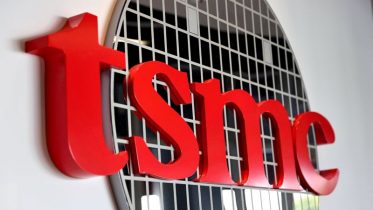