Malcolm Brogdon scored a game-high 30 points and the Indiana Pacers ended a four-game road trip with a 111-100 victory over the Utah Jazz in a wild game Thursday night in Salt Lake City.

A night after losing at Denver against a Nuggets team that was playing without suspended MVP Nikola Jokic, the Pacers seemed at a disadvantage against a Jazz team with all of its starters and a spotless home record entering the night.

Utah, however, finished the game without three of its key players after Donovan Mitchell (26 points), Rudy Gobert (19 points, 11 rebounds) and Joe Ingles were ejected following a fracas that also resulted in the Pacers losing starting center Myles Turner for the final four minutes.

With Indiana leading 102-92 — after taking the lead for good in the second quarter — Gobert and Turner got involved in a physical tit-for-tat that threatened to devolve into a large brawl at the 4:01 mark of the fourth quarter. The ruckus began when Turner hit a driving Gobert from behind under the basket.

Paul George scored 27 points and Reggie Jackson added 22 as Los Angeles held on to push its winning streak to six games with a victory over visiting Miami.

Eric Bledsoe added 21 points as the Clippers rallied from an early 17-point deficit then held off a late Heat run while improving to 3-0 at the start of a six-game homestand.

Bam Adebayo amassed 30 points and 11 rebounds for the Heat. Kyle Lowry scored 22 of his 25 points in the fourth quarter as Miami, playing without Jimmy Butler (ankle) and Markieff Morris (neck), lost its third straight and fourth of its last five games following a 6-1 start.

Gary Trent Jr. and OG Anunoby contributed 20 each and Chris Boucher had 17 for the Raptors, who snapped a three-game losing streak.

Tyrese Maxey led the Sixers with 33 points and Tobias Harris returned from a six-game absence due to health and safety protocols to produce 19 points, seven rebounds and seven assists. 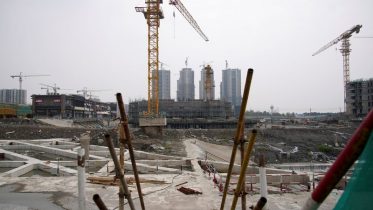