Zach LaVine’s game-high 27 points led six Chicago Bulls in double figures Friday night as they stretched their winning streak to nine games with a 130-122 defeat of the visiting Washington Wizards.

The difference in a game where both teams hit better than 50 percent of their shots came at the 3-point line. While the Bulls made 15 of 33 from distance, the Wizards were only 7 of 24, a 24-point difference that was too great to overcome.

Embiid, who went to the locker room before the game went final, reached at least 30 points for the sixth consecutive game. Seth Curry and Tobias Harris contributed 23 points apiece for the Sixers, who matched a season best with their sixth win in a row.

The Spurs were quite short-handed without Keldon Johnson, Derrick White, Doug McDermott, Thaddeus Young, Devin Vassell and Tre Jones in health and safety protocol. Dejounte Murray led the Spurs with 27 points and nine assists. Jakob Poeltl added 17 points and Lonnie Walker IV had 13 for San Antonio, which has lost five of its last six games.

Giannis Antetokounmpo had 31 points, nine assists and seven rebounds as Milwaukee cruised to a wire-to-wire victory over slumping Brooklyn in New York.

Antetokounmpo returned from missing Wednesday’s loss to Toronto due to an illness and helped Milwaukee win for the seventh time in nine games. Bobby Portis helped Milwaukee establish the tone for its dominating showing by adding 20 of his 25 points in the first half. Khris Middleton contributed 15 of his 20 in the third quarter when the Bucks opened a 24-point lead.

D’Angelo Russell had 27 points and 12 assists to lead Minnesota to a win over host Oklahoma City.

The Timberwolves extended their winning streak to three while the Thunder have lost three in a row and five of six. Anthony Edwards set the tone early, scoring 17 first-quarter points, making all six of his shots including five 3-pointers.

LeBron James scored 32 points with nine assists and Malik Monk added a season-high 29 points as Los Angeles increased its winning streak to four games with a victory over visiting Atlanta.

Avery Bradley and Talen Horton-Tucker each had 21 points for the Lakers, who have won five of their last six games following a five-game losing streak that came immediately after Anthony Davis was lost for a month with a knee injury.

Trae Young scored 25 points with 14 assists and nine rebounds as the Hawks fell to 2-3 on a six-game road trip that concludes Sunday in Los Angeles against the Clippers. Young had his 17th consecutive game of 25 or more points to break Dominique Wilkins’ franchise record.

Bones Hyland, Monte Morris and JaMychal Green scored 13 apiece and Aaron Gordon and Will Barton each had 10 points for the Nuggets.

Tim Hardaway Jr. accounted for 19 points and seven assists off the bench, Reggie Bullock hit five 3-pointers and visiting Dallas cruised to a victory over Houston.

Dallas was without Kristaps Porzingis and coach Jason Kidd, both sidelined by league health and safety protocol, and Luka Doncic (right ankle sprain), yet rolled to its fifth consecutive win. Bullock finished with 15 points. Jalen Brunson recorded a double-double of 15 points and 10 assists.

Christian Wood scored 20 points but grabbed just three rebounds, seven fewer than his average. Jae’Sean Tate added 15 points and eight boards, while Garrison Mathews scored 15 off the bench for Houston, which trailed by as many as 31 points in the second half and has dropped nine of its last 10 games.

Fred VanVleet scored 24 of his 37 points in the third quarter and added 10 rebounds and 10 assists for his first career triple-double as host Toronto wore down depleted Utah.

Utah was missing eight players, including stars Donovan Mitchell (back strain) and Rudy Gobert (health and safety protocol). Eric Paschall scored 29 points for the Jazz, who had a 10-game road winning streak end.

Evan Mobley registered 18 points and eight rebounds and Lauri Markkanen had 15 points. Cedi Osman scored 12 of his 14 points in the fourth quarter and Jarrett Allen contributed 13 points and 13 rebounds for Cleveland. Rajon Rondo had 11 points in 17 minutes in his team debut as the Cavaliers snapped their string of seven straight losses in Portland.

Norman Powell scored 19 points and Robert Covington added 17 points and eight rebounds for the Trail Blazers, who have lost six of their past seven games and 16 of their last 20.

Djokovic had COVID-19 a month ago, had clearance to enter Australia – court filing 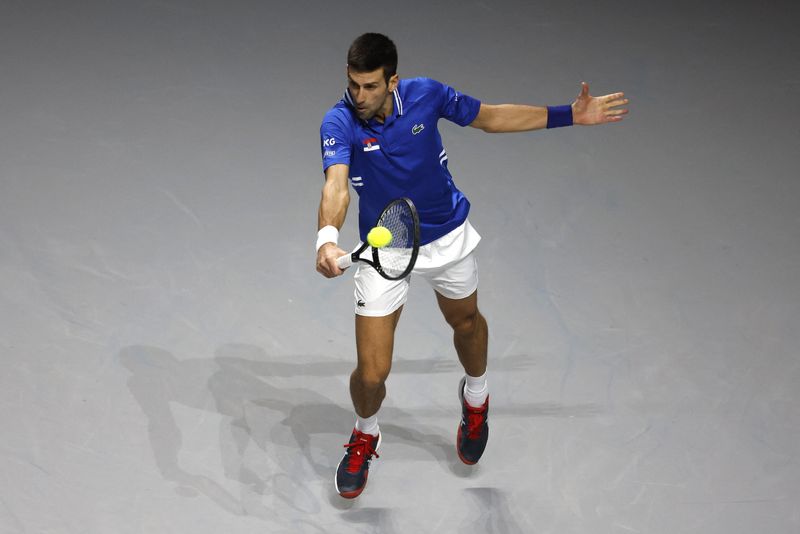