Klay Thompson returned from a 2 1/2-year absence with 17 points in 20 minutes of play, and Stephen Curry scored a game-high 28 points Sunday night as the Golden State Warriors snapped a two-game losing streak with a 96-82 win over the visiting Cleveland Cavaliers in San Francisco.

Playing for the first time since tearing the ACL in his left knee in Game 6 of the 2019 NBA Finals, Thompson needed just 40 seconds to record his first basket of the season and less than a half to throw down his first dunk and splash his first 3-pointer.

The five-time All-Star finished 3-for-8 on 3-pointers and 7-for-18 overall from the field. He also had three rebounds, one assist and one block following a 941-day absence that included a ruptured right Achilles in a comeback attempt before the 2020-21 season.

Curry shot 4-for-11 on 3-pointers on a night when he and Thompson combined for seven of Golden State’s 10 threes in the team’s 42 attempts. Lamar Stevens had 17 points to pace Cleveland, which was making its second stop on a six-game Western swing.

Jaren Jackson Jr. added 21 points, 12 rebounds and six blocks for the Grizzlies, and Ja Morant finished with 16 points and seven assists after he sat out Saturday’s win over the Los Angeles Clippers with a sore left thigh.

LeBron James had 35 points, nine rebounds and seven assists for the Lakers, who came in riding a season-long four-game winning streak. It was the 11th consecutive game that James scored at least 25 points; James, 37, is the oldest NBA player to accomplish that feat.

The Nets won their first home game since beating the Philadelphia 76ers on Dec. 16 and survived blowing a 12-point lead in the final five minutes of regulation.

Kevin Durant led the Nets with 28 points but also missed a potential game-winning 3-pointer with 3.8 seconds remaining in regulation, and the game reached overtime when an alley-oop layup by Kenta Bates-Diop was short at the buzzer.

Amir Coffey matched his career high of 21 points and helped Los Angeles end its three-game losing streak with a win over visiting Atlanta.

Coffey, playing on a two-way contract, was 8-for-12 from the field and tied another career high with five 3-pointers. He added five rebounds and three assists. Six other Clippers players scored in double figures, including veteran Serge Ibaka with 16 points off the bench.

Atlanta’s Trae Young scored 19 points and saw his franchise-record streak of 25-plus-point games end at 17. Young was 8-for-21 from the floor and only 1-for-6 from distance, with seven assists. Bogdan Bogdanovic also scored 19 points, one shy of his season high.

Kentavious Caldwell-Pope contributed 14 points for Washington and Daniel Gafford had 12 points on 6-for-7 shooting. Spencer Dinwiddie also had eight points and 10 assists.

Washington overcame a terrific performance by Orlando’s Terrence Ross, who scored 16 of his 32 points in the third quarter. Ross continued his strong play since clearing COVID-19 protocol, making 13-of-20 shots in 31 minutes off the bench.

Nikola Jokic had 22 points, 18 rebounds and six assists to lead Denver to a win over host Oklahoma City.

Austin Rivers scored a season-high 22 off the bench, hitting six 3-pointers while Jeff Green added 16 and Barton 14 — eight of them in the first three minutes of the game.

Luguentz Dort led the Thunder with 14 points but was just 1 of 9 from beyond the arc. Josh Giddey had 11 points, seven rebounds and eight assists. Oklahoma City had a season-high 29 assists.

Karl-Anthony Towns scored a season-high 40 points, D’Angelo Russell chipped in 22 points and 10 assists, and Minnesota rolled to a win over host Houston for its fourth consecutive victory.

Jarred Vanderbilt had a double-double of 21 points and 19 rebounds for Minnesota while Malik Beasley and Jaylen Nowell scored 13 and 11 points off the bench, respectively. Anthony Edwards chipped in 19 points and six assists.

Fred VanVleet made two 3-pointers in the final two minutes and finished with 32 points as Toronto defeated visiting New Orleans.

After a back-and-forth contest through the first three quarters, the Mavericks went on a 19-9 run to open the fourth quarter. That gave Dallas a double-digit-point lead it held the rest of the way and extended to as many as 18 points down the stretch.

Maxi Kleber and Dorian Finney-Smith scored all 18 and 12 of their points on 3-pointers, keying Dallas’ 16-of-36 performance beyond the arc. Zach LaVine and DeMar DeRozan led Chicago with 20 points apiece, but Dallas held LaVine to 7-of-21 shooting.

Simons was 10 of 17 from the field, including 7 of 11 from 3-range, and also registered six assists. Nassir Little and Ben McLemore added 13 points apiece for Portland, which placed Norman Powell on the COVID-19 list prior to the contest.

Tyrese Haliburton recorded 17 points and nine assists and Alex Len added 16 points and 10 rebounds for the Kings. De’Aaron Fox scored 14 points, Harrison Barnes had 13 and Buddy Hield tallied 10 for Sacramento, which has lost four straight games and 12 of 17. 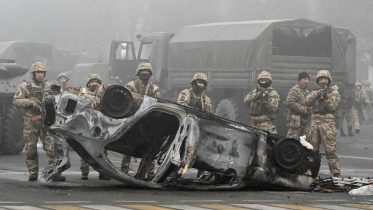 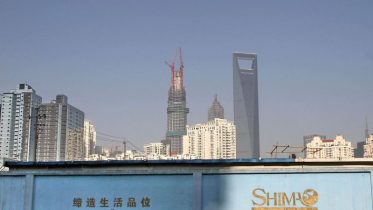