At approximately 3:39 a.m. Las Vegas police officers responded to a traffic collision involving a Chevrolet Corvette and a Toyota Rav4, police said. The Toyota was on fire and firefighters found someone dead inside the vehicle.

The person was not identified but Ruggs, 22, was identified as the driver of the Chevrolet Corvette and charged with “felony DUI resulting in death”, police said. They said Ruggs remained on the scene and showed signs of impairment.

The preliminary investigation indicates the front of the Chevrolet collided with the rear of the Toyota, police said.

Ruggs, a National Football League player who was selected in the first round of the 2020 draft by the Raiders, was transported to University Medical Center hospital to be treated for non-life-threatening injuries, police said.

The Raiders said in a statement that it was aware of the crash involving Ruggs.

“We are devastated by the loss of life and our thoughts and prayers go out to the victim’s family,” the statement on Twitter said. “We are in the process of gathering information and will have no further comment at this time.”

Amazon drivers get $60 million in withheld tips back, FTC says 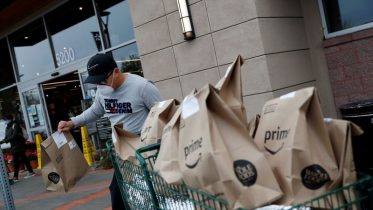