(Reuters) – Hockey Hall of Famer Dave Andreychuk accepted long ago that Alex Ovechkin would surpass him as the NHL’s all-time power-play goals leader and on Wednesday, with that moment drawing closer, called the Russian sniper the “total package”.

Ovechkin, captain of the Washington Capitals, has used a scorching start to his 17th NHL season to move within three of Andreychuk’s record of 274 power-play goals.

Andreychuk, who retired in 2006 after a 23-year career and now works in the Tampa Bay Lightning front office, admitted he looked at a list of active players after his career drew to a close and knew it was a matter of time before his record fell.

“He was quite a ways away to be honest with you. But I knew the consistency in his game … and that if he continued to stay healthy and wanted to play he was eventually going to go by me,” Andreychuk told reporters on a video call.

“When that day comes, I had a good run let’s just say that. It’s been awhile, it’s been fun.”

The two players found success with very different styles as Andreychuk used his size, positioning and great hands to score most of his power-play goals on deflections and rebounds from the front of the net.

Ovechkin, meanwhile, often stations himself in his signature spot inside the left face-off circle on the power-play where his team mates feed him the puck and watch as he uses a lightning-quick release that has baffled goalies for years.

“We all know it’s coming and nobody can stop it,” said Andreychuk, the Lightning’s vice president of corporate and community affairs.

“There are guys who are similar but let’s face it, he’s at the top of the class… This guy is a special talent and all of us that have been watching him over the years we understand that. He’s the total package.”

Andreychuk played the majority of his career in Buffalo with stops in Toronto, New Jersey, Boston and Colorado before finishing his career with Tampa Bay where he led the Lightning to a Stanley Cup championship in 2004.

When asked what about Ovechkin, who is tied for fourth place with Brett Hull on the NHL’s goal-scoring list with 741, has impressed him most over the years, Andreychuk was quick to reply.

“He’s a very talented guy and has a lot of skill but it’s the compete level, it’s the willingness to win, that’s what puts him above everybody else in my eyes,” said Andreychuk. 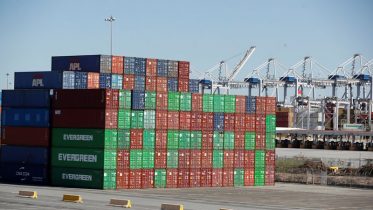