WASHINGTON (Reuters) – Republican Glenn Youngkin’s victory in the Virginia governor’s election on Wednesday could provide his party with a blueprint on how to retake majorities in Congress next year by wooing suburban moderates without alienating Donald Trump’s supporters.

The former private equity executive’s approach of rallying parents angry about the way schools have handled COVID-19 and teach about racism and gender may serve as a model for Republicans across the country.

Next year’s midterm elections will determine which party controls the U.S. Congress for the last two years of President Joe Biden’s term. Democrats have razor-thin majorities in the House of Representatives and Senate. Control of even one chamber would allow Republicans to block most Democratic legislative priorities.

Youngkin trailed McAuliffe in opinion polls for most of the race, but that gap narrowed to a dead heat in the final weeks, at the same time Biden’s job approval rating fell to the lowest levels of his presidency.

Youngkin, 54, walked a fine line on the false claims by Trump, the former president, that his election defeat in 2020 was the result of widespread fraud, avoiding the topic himself but campaigning with Republican state Senator Amanda Chase who has embraced them.

He also backed Republican arguments that school curriculums that discuss racism are promoting “critical race theory,” a law school concept that maintains racism is ingrained in U.S. law and institutions and that legacies of slavery and segregation have created an uneven playing field for Black Americans.

Schools say they do not include the theory in elementary and high school curriculums, but are trying to respond to the needs of an increasingly diverse U.S. population.

At the same time, Youngkin worked to avoid turning off Virginia’s moderate voters whose growing numbers – especially in the Washington suburbs – have swung the Southern state Democratic in the past four presidential elections.

Youngkin’s victory may provide a template for Republicans who will walk a fine line in competitive congressional races next year.

“It’s a tricky path,” said Kyle Kondik, an analyst at the University of Virginia’s Center for Politics. Kondik said Youngkin deftly distanced himself from Trump while also making pledges to improve election integrity as a way to appeal to Trump voters.

The contest was important enough for Democrats that Biden and former President Barack Obama visited the state to campaign for McAuliffe, 64, in its final weeks. Previously, Virginia had elected just one Republican governor in the past two decades and Democrats currently also control both houses of the state legislature.

Schools were a major focus for Youngkin, who opposes COVID-19 safety rules requiring that masks be worn in Virginia’s classrooms as well as anti-racism education.

Campaigners have brawled at school board meetings over the anti-racism issue this year, prompting the FBI to step up its response to threats against board members.

“It forces our children to view everything through a lens of race,” Youngkin said at a campaign stop in Chesterfield, Virginia, on Oct. 8.

A former chief executive of Carlyle Group Inc , Youngkin also pledged to be tough on criminals, rounding off a basket of issues observers see as tailored to Trump supporters without turning off suburban moderates.

McAuliffe tried to tie Youngkin closely to Trump, running television ads that juxtaposed his opponent’s calls for better election security with images of Trump and the U.S. Capitol riot.

But Youngkin parried those attacks, saying last month it was “weird and wrong” when people at a rally supporting him pledged allegiance to a flag carried by Trump supporters at the deadly Jan. 6 assault on the seat of the U.S. government.

Trump struck a relatively moderate tone when he called in to a pro-Youngkin tele-rally on Monday, telling voters that Youngkin would protect suburbs, while making no mention of his past warnings that Virginia’s election could be marred by fraud. Youngkin did not participate in the rally. 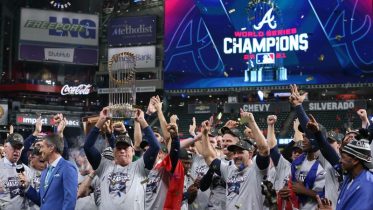