Brad Barton, host of “The Lil’ Talk Show with Brad,” is a proud Christian conservative, father, and truth teller. He loves helping people transform their lives to be bigger and better than they ever thought they could be!
Brad longs to see our great nation, the USA, return to its foundational roots and principles. He has a deep concern for his children’s future and their posterity. He believes the only way back is through the truth of The Lord Jesus Christ and His principles along with the undoing of this crippling disease called “political correctness”!! Brad believes we must proclaim the truth without apology or reservation!
Brad was raised in a Christian home in northeast Louisiana where he was taught right from wrong, moral absolutes, and an undying love and uncompromising belief in God and country! He is an ardent supporter of President Donald J. Trump. He is an unashamedly proud American and a ferocious defender of the 1st & 2nd Amendments! All in all, in the face of the extremely vile and hateful anti-American culture we find ourselves facing on a daily basis, Brad is committed to being a strong unapologetic voice for you and the ideals that have made America the greatest country in the history of human civilization!
Brad comes from a background of teaching and coaching, graduating from Louisiana Tech University in ‘93 with a bachelor’s in education and went on to complete his master’s degree in ‘95 from Baylor University. He taught school and coached in both Texas and Missouri for a total of 11 years, 9 of which he served as Head Boys Basketball Coach with an impressive record.
For the past 15 years, Brad has worked in marketing and consulting in Chattanooga, TN. He’s helped thousands of people to a better life whether it be financial, self-esteem, personal development, success and leadership principles, or simply dreaming again! Brad is happily married to his beautiful wife, Kristin, and they have three awesome children.
Contact Info
Email Us!
PO Box: PO Box 353
Hixson, TN 37343
Phone Number: (423) 954-0096
Read more 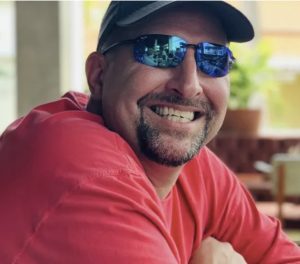