ZURICH (Reuters) -Former FIFA president Sepp Blatter and ex-UEFA president Michel Platini have been charged with fraud over unlawfully arranging a payment of two million Swiss francs ($2.19 million), the Office of the Attorney General (OAG) of Switzerland said on Tuesday.

The two men were indicted on Tuesday following a six-year investigation into the payment that Blatter authorised to be paid from world soccer’s governing body FIFA to Platini in 2011. Blatter and Platini said the payment was for backdated salary.

The Swiss investigation was opened in 2015 amidst the series of scandals which engulfed FIFA. The affair led to a FIFA ethics investigation, following which both men were banned from the game and forced to leave their positions.

The OAG accused Blatter and Platini of “fraud, in the alternative of misappropriation, in the further alternative of criminal mismanagement as well as of forgery of a document.” Platini, who captained France to victory in the 1984 European Championship, was also charged as an accomplice.

Blatter, 85, and Platini were both banned in 2016 from soccer for six years over the payment, made with Blatter’s approval for work done a decade earlier. Both have denied any wrongdoing.

“I look forward to the trial before the Federal Criminal Court with optimism and I hope that this story will come to an end and that all the facts will be dealt with properly,” Blatter said in a statement on Tuesday.

“Regarding the payment of the sum of two million francs from FIFA to Michel Platini, I can only repeat myself: It was based on an oral contract that regulated Platini’s advisory activities for FIFA between 1998 and 2002,” he added.

Blatter said the payment had been delayed because FIFA was not able to pay the entire amount and that Platini only made his claim for the money in 2010.

The former FIFA president said that the payments had been approved by “all responsible FIFA bodies” and that Platini had paid tax on the amount “at his Swiss place of residence”.

Platini said he had only heard news of the trial through media reports.

“These methods are an extension of the prosecutor’s relentlessness to unduly implicate me in a case in which my entire good faith has been recognised. I fully challenge these unfounded and unfair accusations,” he said.

Platini’s lawyer Dominic Nellen said he was confident the former France and Juventus midfielder would prove his innocence.

“It is shocking that the Federal Prosecutor’s Office brought charges against my client without hearing the witnesses we have requested during the procedure,” he said.

“From the defence’s point of view, it is clear that the investigation should have been discontinued long ago. There are enough witness reports and documents in the case files that prove my client’s innocence.

“I am 100% confident that we will be able to prove my client’s innocence in court,” he added.

The OAG said its investigation revealed that Platini worked as a consultant for then FIFA president Blatter between 1998-2002 and that an annual compensation of 300,000 Swiss francs was agreed in a written contract.

The OAG said Platini had sent an invoice and had been paid in full but the 66-year-old former France international continued to demand payment.

“Over eight years after the termination of his advisory activity, Platini demanded a payment in the amount of two million Swiss francs,” the OAG said. 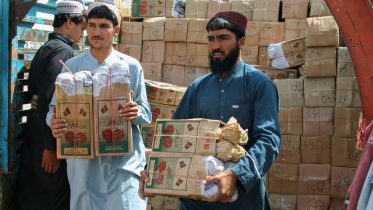 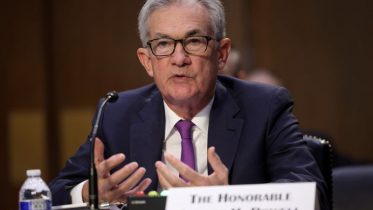