SKOPJE (Reuters) – North Macedonia sealed a World Cup qualifying play-off spot with a 3-1 home win over Iceland on Sunday that secured them the runners-up spot in Group J, with midfielder Eljif Elmas scoring twice in the second half.

The North Macedonians finished their qualifying campaign on 18 points from 10 games, one ahead of third-placed Romania who ground out a 2-0 win in Lichtenstein.

Group winners Germany (27 points), who had earlier clinched automatic qualification for next year’s tournament in Qatar, wrapped up their campaign with a 4-1 win at Armenia.

Ezgjan Alioski was instrumental as he scored the home side’s seventh-minute opener in Skopje and had a hand in the second after Jon Thorsteinsson had levelled for Iceland.

Alioski fired North Macedonia ahead with a fierce shot from a tight angle which shaved the inside of the near post after he was put through by Aleksandar Trajkovski, as the hosts piled the pressure on in the first half.

Forward Darko Churlinov had a goal scrapped for a marginal offside for North Macedonia in the 40th minute after a VAR check, and the technology gave the visitors a break shortly after the restart.

Thorsteinsson’s goal stood as he tapped the ball in from close range after a long ball into the area was headed into his path by Birkir Bjarnason, forcing the home side to throw men forward again.

They got their reward in the 65th minute, when Elmas bundled the ball in from a goal-mouth scramble after Iceland goalkeeper Elias Rafn Olafsson parried Alioski’s deflected shot and the visiting defence failed to clear the ball.

Elmas sent the vocal home crowd into raptures five minutes before the end, rifling in a left-footed shot off the post after Iceland had Isak Johannesson sent off for a second yellow card in the 79th minute.

North Macedonia are in contention to reach their second successive major tournament as an independent nation, having made their maiden appearance at Euro 2020. 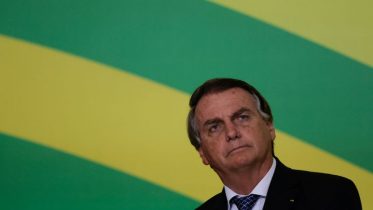