DUBLIN (Reuters) – U.S. Treasury Secretary Janet Yellen said she expected U.S. tech giants to broadly support the reallocation of taxing rights agreed to by nearly 140 countries as part of a broader deal on global taxes, saying the impact on U.S. companies should be minor.

Yellen told Reuters on Sunday the support of the big global players should help foster bipartisan support among U.S. lawmakers for what is known as Pillar 1 of the tax deal negotiated by the Organization for Economic Cooperation and Development.

Leaders of the world’s 20 biggest economies (G20) this weekend backed the overall OECD deal, which also calls for implementation of a global minimum corporate tax of 15% by 2023.

Yellen said the minimum tax part of the deal would provide welcome certainty for large internet companies like Alphabet Inc’s Google, Amazon.com Inc and Facebook Inc, by eliminating the complicated web of digital services taxes they face in many countries, and could help boost support for the broader deal.

U.S. lawmakers are expected to approve the global minimum tax part of the deal as part of a broad, Democratic-only spending bill winding its way through Congress, Treasury officials said.

The second component on the reallocation of taxes is still being finalized but will require separate passage.

It has already drawn criticism from Republican lawmakers and some non-digital companies, but Yellen said she believed Congress would eventually “come around,” especially given the support of big companies.

Senior Senate Republicans have argued that the approach agreed to in principle by the OECD would require a new international tax treaty, which would need Senate ratification by a two-thirds majority.

“I think they’re going to be telling members of Congress that they like this agreement and they can live with it,” Yellen said of the tech companies. “When you have businesses supportive, rather than lobbying against something, I think that will be helpful.”

Initial calculations by the Treasury Department showed little harm to U.S.-based multinational corporations, even if some of their taxed profits were allocated elsewhere since they would be eligible for other tax credits.

“We’ve done some calculations that suggest the impact is small,” she said in an interview en route to Dublin from the G20 meetings in Rome. “In the end, it depends on exactly where the revenue ends up coming from.”

Yellen arrived late on Sunday in Ireland, a low-tax country that overcame domestic reservations to back the global mininum tax deal – a move that will require it to raise its current rate to 15% from 12.5%.

Yellen said she was confident the Irish economy would weather the change, given its well-educated workforce and positive business environment, plus Ireland’s status as the only English-speaking country in the European Union.

“There’s real economic activity that goes on in Ireland. It’s not just a tax haven,” she said. “I think Ireland will still be in a very favorable position.” 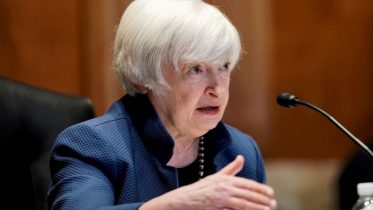 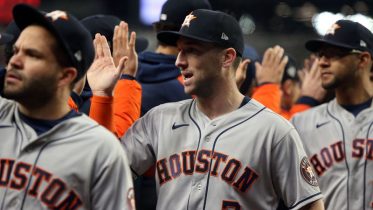