LONDON (Reuters) – With a UN warning that “the clock is ticking loudly” ringing in their ears, governments attending the COP26 talks in Scotland will try to agree emissions cuts to cap global warming and avert a climate catastrophe.

Key meetings loom also at the U.S. Federal Reserve, the Bank of England and the OPEC+ oil producers group. And Japan goes to the polls.

World leaders and policymakers from 200 countries are congregating in the city of Glasgow for the COP26 climate talks aimed at tackling global warming.

Recent extreme weather events – floods, droughts and forest fires, among others – leave no doubt there is a pressing need for progress.

But so far, few of the top emitting countries have legislated for net zero emissions. The leaders of Russia and China won’t even attend the summit and India has rejected calls to announce zero-carbon goals.

A target of raising $100 billion annually to help developing countries tackle climate change consequences is yet to be met despite an original 2020 deadline.

Amid myriad events and announcements, markets will have plenty to chew over, especially in assessing how new technology, tighter regulations and shifting trends may affect companies and investors.

The Federal Reserve is widely expected to announce a pullback in asset purchases when its policy meeting ends on Wednesday.

Plans to “taper” $120 billion in monthly purchases of Treasury bonds and mortgage-backed securities are well telegraphed. But that stimulus has been a significant prop for asset prices, so removing it could have unforeseen results.

Investors are also keen for hints about when the Fed might start raising interest rates. Its chief Jerome Powell has said that while it is time to start cutting asset purchases, it’s too early to touch the interest rate dial.

We will also get a view of the jobs market from Friday’s monthly payrolls report — especially interesting following below-forecast Q3 GDP.

The Bank of England is preparing to join the ranks of central banks that have embarked on raising interest rates. The question is only whether it will move at its Thursday meeting or give itself more time.

An expansionary budget may have given the green light for a hike. But BoE action hinges on whether it thinks inflation – forecast to top 5% as the British economy motors out of the pandemic – will prove as transitory as forecast.

Soaring inflation and hawkish comments from policymakers including Governor Andrew Bailey have sparked a dramatic repricing of rate expectations – a 0.15% rate rise to 0.25% is priced for Thursday, with another move expected in December.

Fragile economic growth means the BoE must tread carefully. But absent a rate hike, anything short of a significantly hawkish message could prove painful for sterling.

4/NO MORE FROM OPEC+

With $80-plus crude prices lifting inflation and clouding growth prospects, governments of energy-consuming nations are urging OPEC+ to stump up more oil. But the group, meeting on Thursday, is likely to stick to the script and raise output in December by no more than what was previously agreed.

Saudi energy minister Prince Abdulaziz bin Salman too has dismissed calls by consumer nations to speed up the rate of production increases. The group does not see crude shortages in the market, he said. Unsurprisingly, oil price forecasts are nudging higher.

Japanese Prime Minister Fumio Kishida took office a month ago but with lower house elections scheduled on Sunday, his job is on the line already.

While polls suggest his Liberal Democratic Party will keep an absolute majority, it is projected to lose seats. A poor showing would set party bosses searching for a new figurehead before crucial upper house elections next year.

Aside from Kishida’s career, such an outcome would also put into question pledged fiscal stimulus worth several hundreds of billions of dollars. That is help the economy needs, given recent growth and inflation downgrades by the Bank of Japan.

The election result will show if investors are right to short-sell Japanese government bond futures to bet on higher yields. Or whether domestic life insurers buying long-dated bonds will come out on top.

Oil prices rebound, edge up ahead of next week’s OPEC meeting 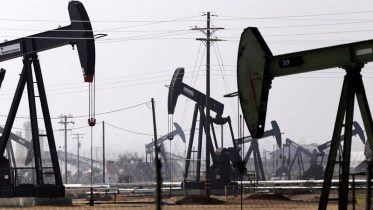 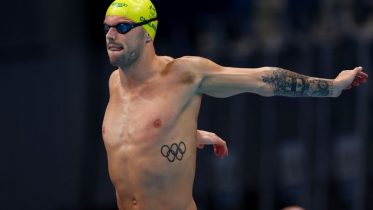