(Reuters) – Next year’s Billie Jean King Cup finals will be held a week later from Nov. 8-13 and organisers are working with the women’s tour on the schedule to allow more top players to attend, the International Tennis Federation said on Saturday.

Formerly called the Fed Cup, the women’s team event has been restructured into a ‘World Cup of tennis’ format concluding with 12 nations competing over one week for the title, with the new-look finals held for the first time this week in Prague.

Many top players, including the world’s top three women — Australian Ash Barty, Aryna Sabalenka of Belarus and Czech Karolina Pliskova — were, however, absent from the event, which has been renamed in honour of American great King.

With the season-ending WTA Finals — contested by the top eight singles players and doubles teams in the world — starting on Wednesday in Mexico most qualified players decided to skip the women’s team event in Prague.

Both the Billie Jean King Cup event and the WTA Finals had to wait until late in the year to confirm their dates and venue due to the COVID-19 pandemic.

“This year unfortunately we were right up against Guadalajara, which was a last-minute thing as well,” King told reporters, adding that players were “grateful” to even have the team competition in 2021.

“I know Dave (ITF President Haggerty), they talk to the WTA all the time about the schedule.”

Haggerty, who along with King, was present for the draw ceremony for the 2022 qualifiers, confirmed that the ITF and the WTA were in regular dialogue about next year’s schedule.

The Russian Tennis Federation and Switzerland will automatically qualify for the 2022 finals due to their progress to this year’s title clash.

They will be joined by the nine winning teams from the 2022 qualifiers, which will be played in best-of-five (four singles, one doubles) home-and-away ties on April 15-16.

Haggerty said that the venue for the 2022 finals will be announced at the beginning of next year with the hosts guaranteed a place at the competition in November.

If the host nation have already qualified, the highest-ranked losing nation from the qualifiers will get a wild card.

(Reporting by Sudipto Ganguly in Mumbai; editing by Toby Davis)

Tennis-Medvedev sets up rematch with Djokovic in Paris Masters final 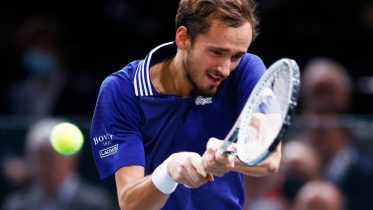 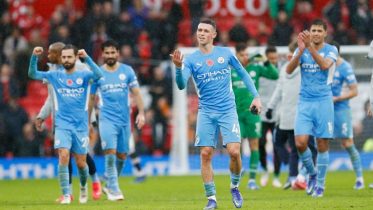