(Reuters) – More than 8,000 workers at nearly 80 King Soopers stores went on strike for better wages and benefits on Wednesday after the latest round of negotiations between the Kroger Co-owned Colorado chain and the union failed.

The strike started at 7:00 a.m. ET. The workers on strike work at King Soopers stores in the Denver metropolitan area, Boulder, Parker and Broomfield cities of Colorado, UFCW Local 7 said.

This is the latest in a string of labor strikes in the United States following similar events at Kellogg Co’s U.S. cereal plants and Deere & Co as rising cases of the Omicron variant of COVID-19 and inflation pushes workers to demand higher wages and better working conditions.

At King Soopers, workers have sought an increase in wages of at least $6 per hour for all. However, the company’s “last, best and final offer” proposed raises of up to $4.50 per hour based on job classification and tenure, which was the same as its previous proposal.

The company’s final offer, which was made on Tuesday, said it will invest $170 million in wages and bonuses in total over the next three years. It will offer a starting pay of $16 per hour and will invest more in healthcare benefits.

This comes after the union rejected two previous wage offers, the latest among them for $148 million, made last week.

Kim Cordova, president of UFCW Local 7, said Tuesday’s offer was worse than its previous offers in many ways. [L4N2TR3H3]

She said the updated wage offer “still doesn’t cut it” and retains many of its previously proposed concessions and adds new concessionary items.

Kroger said in a statement that a study commissioned by the company showed it pays hourly associates more than their peers in the U.S. retail industry.

Nam Pham, the managing partner of the firm that conducted the study, said any argument that Kroger does not pay fair wages and top market rate “is not supported by actual evidence.”

King Soopers operates more than 110 stores in Colorado and is the No. 1 grocery chain by market share in the state. Kroger does not disclose King Soopers sales.

The UFCW Local 7 represents thousands of workers, including many who work for Kroger’s rival Albertsons Cos Inc’s namesake as well as Safeway stores and other companies in food processing, agriculture, healthcare, manufacturing and medical cannabis.

“Union employees generally vote to strike as a last resort to signal that they are unwilling to work under what they consider to be unfair or unsafe working conditions,” said Helen Rella, an employment attorney at Wilk Auslander.

(Reporting by Siddharth Cavale and Praveen Paramasivam in Bengaluru; Editing by Arun Koyyur) 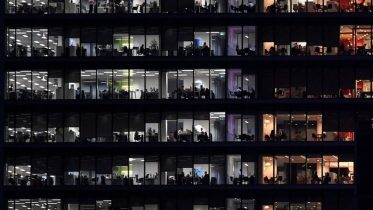 ‘Children should be playing’: Pope pleads for fight against child labour 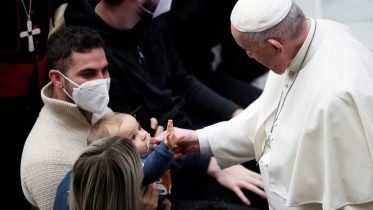